In order for us to appreciate the Bible we possess, we need to realize that many men and women died horrible death and physical suffering  in order for us to have the privilege to read and study  the scriptures as we have it today. Many educated men went through tedious  studies and grueling  research for many years  to sift  through the manuscripts which are our witnesses, to ascertain it's authenticity.  Men had to study Greek, Hebrew, Aramaic, German and Latin and then had to flee from one country to another to escape being killed for translating the Bible into English and many other languages. For more information on this, see the outline at this link:  How We Got the Bible by Neil Lightfoot. 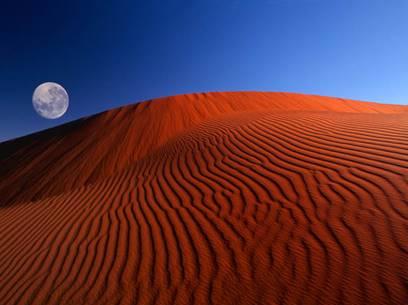 When God created the heavens and the earth and saw that it was good, He saw the need to create man and man, just being created in his primitive state, had to go through training programs  from God so that he would survive physically and spiritually; and God needed to teach man how to live on the earth in obedience to laws that God eventually gave him.  However, the history of creation was in all forms absolutely necessary for the survival of the "created" on planet Earth.  Every plant, tree, land and sea animal, insect and species or kinds of birds had its purpose for the survival of each other.   The highest form of creation was man.  It was to man that God gave dominion over all of His creation.  Man was created in the image of God, NOT PHYSICALLY since God is a Spirit; therefore, it had to be intellectually.  In the mind of man is where the inner man dwells.  The body decays and rots while the intellect of man continues on in Eternity to face God in judgment for the things done in the body, be it good or bad.  (See Genesis 1;cf  Ro.14:10; IICor.5:10)

However, it was not man's incapability to cope with his life, but the fact that God had given man free choice in handling his physical affairs and he disobeyed God primarily.  God expected to be man's spiritual leader.  God had created man so that he could worship Him.  Man chose to heed the voice of Satan in disguise of a serpent and that separated man from God's relationship with Him.  Sin separates man from God.  All humans still follow the pattern which is a choice and is not hereditary. 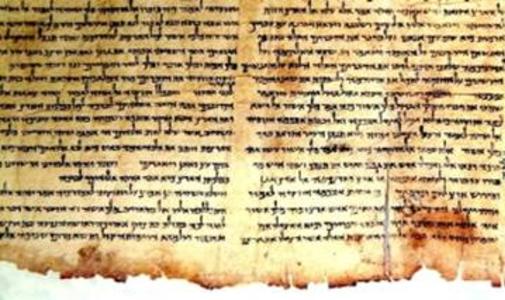 Many "Christians" follow after a Preacher because they like him and  he preaches nice sermons (2 Tim. 4:3-4) while some come for the singing, others for the potluck, fellowship, and some for other reasons not associated with the will of Christ. We have to remember that, when we were baptized, we gave our lives to Christ to whom we now swear allegiance to do His blessed will which implies service as a servant. Consider the " Shema"    ((Deuteronomy 6:5) which the Jews, God's people in the Old Testament, had not only been instructed to memorize but also to live out.  Preachers are to teach and preach the WORD, elders aught to Teach, and understand that they do not have the right to lead people astray by living double lives, likewise deacons and their wives. DO WE REMEMBER THE TERMS OF AGREEMENT ????? Yes!  THE WILL!!! 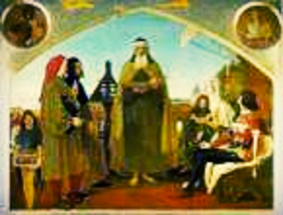 Before the world began God planned that there would be a people who would sincerely worship Him Spiritually and truthfully (John 8 : 32; John 17:24).  God would be the builder (Psalm 127 :1-2).  The Old Testament attests to the new people (Isaiah 62:2; 2:2-3; Jeremiah 31:31-34).  They will be led by Christ (God's Anointed One). (Zec. 6:12-13, Isa. 53:2, Amos 9:11, Isa. 53:13) He will build the Temple of the Lord, (Zec. 6:13) "a habitation of God in the Spirit" (Eph. 2:21 ff.) "whose house we are" (Heb. 3:6). They were first called Christians  in Antioch (which is in Syria) [Acts 11:26].  The book of Acts is a record of how people became Christians while the rest of the books in the New Testament points to the behavior patterns of true practicing Christians; and, the suffering and problems they would face and  experience during their Christian lives in contrast to the multi-millionaire preachers on TV who travel all over the world with contribution from people who are seeking the truth. People were called Christians, not church o' Christers.  Church of Christ is not a name of a church, as people normally view it, but a designation of those who collectively follow and worship Christ from the heart (Matt 7:21).

Too many people lay claim to Christianity without verifying their allegiance to God, Jesus and  the Holy scriptures.  Many fight over the various legitimacy of the Bible versions, e.g.. KJV , NIV , RSV, ARSV and  others.  One version is chosen above the others because they suppose the others are inaccurate.  Yes!  One has to be careful with his choice of versions which are translations of other versions.  Versions translated from original Biblical Greek and Hebrew are considered to be more accurate in meaning.  Unless one is well versed in the Holy Bible together with the grammatical knowledge of the original languages, one is unlikely to arrive at the correct interpretation as Jesus would want us to.  We will then be able to make true disciples and  teach them (His disciples) HOW the truth sets one free.  A disciple has to know for sure from "What, When and How" the truth sets us free.  It implies, then too, that if it sets us free, we must have been under some bondage. The first and foremost in the readers' mind would be "being freed from sin", since all people fall under this category (Rom.3:23).  And not only that but, how about also setting us free from ignorance and misunderstanding the meanings of the scriptures and how it affects our lives?  The Old Testament teaches in Nehemiah 8:8, "They read from the book of the law of God, making it clear and giving the meaning so that the people could understand what was being read."   Therefore it is absolutely necessary for readers of the Bible to set about to search out the meaning and this can only be done by the application of the rules of interpretation of literature.  Nehemiah 8: 8 states that ". . . so that people could understand what was being read."  Many men claim to have superior knowledge -- wanting status and recognition of being holier and more knowledgeable -- because they have degrees (like Doctors of Div., Masters of Div., Doctors of Ed., and other Ph.D.'s [Philosophiae Doctor... Latin], etc., while they don't have the slightest idea of the grammatical implications of their interpretations in comparison to the interpretation which was understood by the original recipients. These supposed learned men have no consideration for the Holy Spirit's operation.  To some of these men, everything is an intellectual  exercise.  Most readers do not believe that they have to practice that which God's spirit produces in us through His spirit.

John Wycliffe, while he was burned at the stake, threw his Bible to the on-lookers and that same Bible is  now resting in the British Museum.

The New Testament is a "Will"  and unless we comply with the Will of our Lord and Savior Jesus Christ, we will not receive the benefits of the will.  In a will there are two parties.  The one party is called the benefactor while the other is called a beneficiary.  [READ Hebrews 8:7-13.]

The New Testament is a Will, a Contract and/or a covenant.  Christians "signed" the contract or "Swore with an oath" when they  died to themselves at baptism that they would from then on be in service of the King of Kings and Lord of Lords.  Under an eldership of God-fearing  loyal Christian men qualified by the standards set out by the benefactor and individually responsible for conveying the message of salvation like an ambassador to the Lost (I Tim. 3:2-7; Titus 1:5-9).  This is the mission of the church of Christ!  Not one being run by a set of businessmen who seek their own fulfillment (and who don't have a clue about Biblical principles) rather than the enhancement and spiritual growth of the church for which Christ gave His life as a ransom to set us free.  Elders need to be able to counsel those in crisis and those who need spiritual guidance. Unfortunately, many elders have no idea how to counsel or are reluctant to be involved in the lives of their flock! 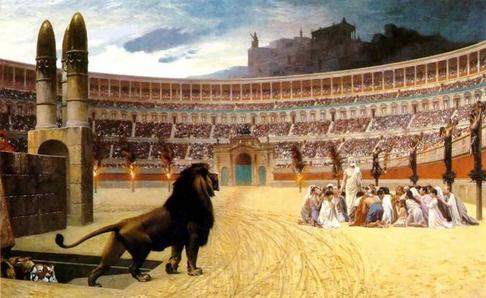 "The fruit" means that which God produces in us through His spirit. (Galatians 5:22ff) We must also  be cognizant of this fact -- to  remember that  there are  laws of literature by which all interpretations have to adhere to arbitrarily, e.g.., 1) the context, 2) the intended meaning  and 3) the part of speech, in order for them to come to a clearer  understanding of the meaning of the verse or passage or what the book studied is discussing.  Therefore it is also absolutely necessary for elders, deacons and preachers and all those "degreed"  men, to personally study or go through an intensive course of  the Classical Hebrew, Aramaic and the Greek grammar and rules of interpretation before they make their judgment on others.  Lack of knowledge of the true meaning of passages of scripture is the main cause for the division in the  religious world by those who claim to have the true church or  true Christianity.  We have "Liberals", "Conservatives", "Ultra Liberal", "Ultraconservatives", "Anti's" and "Musical Instrumentalists", and other splits which continue! . . . Where is the LOVE Jesus commands?  (John 13:34)  "A new command I give you:  Love one another as I have loved you, so you must love one another.  35 By this will all men know that you are my disciples if you love one another." [NIV]  Paul writing to the Corinthians in Ch1 :10, " I appeal to you brothers, in the name of our Lord Jesus Christ [By the authority of Christ, I Cor.14:37] that all of you agree with one another so that there may be no divisions among you and that you may be perfectly united in mind and thought."  READ the words of Jesus in John 12 :48.  By the words of Jesus we WILL be judged.  We are not commanded to persecute those who we suppose are false teachers. . . but we are told to make disciples.

The church is an integral part of the community showing compassion to those in need of material or spiritual help.  The church is also involved in recovery programs and jail ministry or any other needs. The Greek word for church is Ekklesia and means: The called out ones to serve the living God. Christians are called to serve (DIAKONOS Gk.). 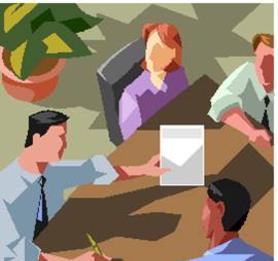 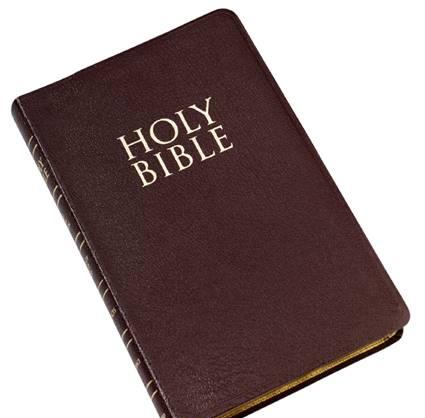