All members of the church are to be involved in the function of the body which is the church (Col.1:18; Eph.1:22ff).  Each member is individually a part of the whole body [1 Corinthians 12:12-25].  In Ephesians 4:16, the whole body working together in love makes up bodily growth.

THE CHURCH [EKKLESIA]=  קהל (Matt. 16:18)
The Function οf the Church In a Community as an Organism
The word "church" has been misunderstood by the world for many many years. In the original language, the word is "Ekklesia" (Gk) means "the called out" or "an assembly." The word "Ekklesia" was never understood to be a building but a group of living believers. In the New Testament, it referred to the body of believers in Christ Jesus our Lord. The church as a body of believers, functions in a community as a group, working together as a whole to accomplish a specific purpose, which, in this case, is the saving of the souls of sinful man. The purpose of Jesus coming into the world was "to seek and save that which was lost" (Lk. 19:10) using its resources. In each district in which the church functions, they try to uplift the downtrodden, comfort the poor and needy, and care about people who are struggling to cope with their lives and emotions.  There is no headquarters on earth, and no Chief CEO in control. Jesus is the Head of His church and He shares it with no one else on the earth. Elders are selected by the church to oversee or shepherd the church which means they render service to the spiritually weak. 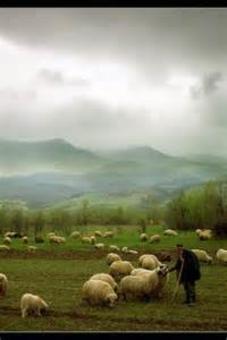 Elders =   זקנם   (1 Tim. 3:1-7, Tit. 1:5-9)  (επισκοποι,  Ποιμην. [Gk.])
The church is overseen by elders who need to have a proper understanding of their roles as they serve the congregation and the community where there is need.
i ) Making wise decisions when dealing with the spiritual, educational and material needs of the congregation and the community.
ii ) Exercising their executive functions as overseers are evident when dealing with doctrinal matters of the church and in leading the flock of God.
iii ) Using their counseling skills, teaching and caring for members with problems and who need to grow spiritually.
The Qualifications And Function Of The Elders
The eldership is not an office as some construe the meaning of the term. An elder or deacon is not OF COURSE an officer who executes judgment. The Greek words used in the original language for the function of the elders are, πρεσβυτεροσ (Gk) an adjective, the comparative degree of πρεσβυσ, an old man, used of age, not in respect of position but in seniority of age and maturity. In the Old testament, Jewish elders were normally the heads of the tribes who managed public affairs; similarly, elders have the spiritual care and oversight of the congregations where they serve. They were also called bishops, επισκοποι (Gk) which indicates the duty of elders to oversee the affairs of the church be it material, spiritual, educational or evangelical; the latter function should be found to be exemplary among them as are the others. 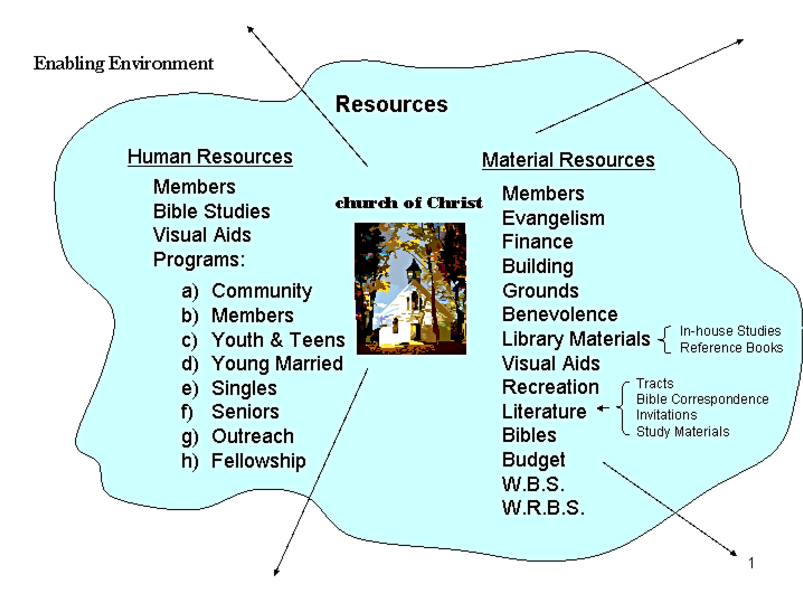 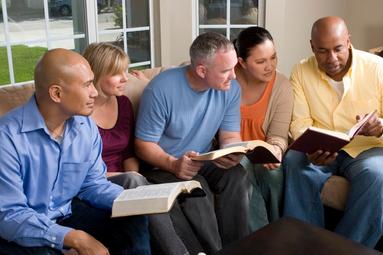 The Function of the evangelists = ευηγγελιστησ  (Ephesians 4:11-13)

Evangelists: From the Greek word ευηγγελιστησ, literally, a messenger or bearer of good news.  Biblically, it denotes a preacher of the good news or Gospel of Jesus Christ the Messiah. Evangelists are part of the group of individuals that assist in preparing God's people for works of service, and building up the body (the church) so that they may reach unity in the faith and knowledge of the Son of God and become mature, attaining to the whole measure of the fullness of Christ (Ephesians 4:11-13). Growing into being Christ-like means practice! practice! practice! . . . . Read Galatians 5:22. Evangelists in the Bible traveled from church-to-church to assist in the building up of the body, the church. Today: Evangelists have been called preachers who do the work of the evangelist as well as the local preacher. Some preachers have become so complacent that they "Sit on their lees" meaning, that instead of going out to find the converts they expect people to come to them to hear the gospel. Now it seems strange that the "Great Commission" (as it is called) is instructing the Apostles to "GO" (actually, "keep on going") as the part of speech indicates, (πορευθεντεσ Greek: nom. pl. masc. ppt. 1st AOR.) The tenses in Greek usually expresses kind of action as the chief idea, action as occurring is expressed by the Aorist, and is either punctiliar or linear. Accompanied by the participle, the Aorist tense gives the action as a continuous ongoing action. Therefore, going, accompanied by μαθητευσατε, which means "to make a disciple of" and it is written in the imperative mood, indicating that it is a command. If then, it's a command, what follows needs to be significant to every Christian. The Apostles are commanded to make disciples, baptizing those disciples, by the authority of the Father, Son and Holy Spirit (by the authority of the Godhead as Jesus instructs, being part of the Godhead). It should be noted very carefully, because these baptized believers are to be taught to obey EVERYTHING, that Jesus had commanded them (the Apostles) to teach and do. Therefore, it implies that even those who call themselves Christians today, who are being taught by their word, are to observe what the Apostles were instructed to observe. Who can dispute that it is not exclusively a "preacher's" job or function, but every baptized believer's "commission"; and this will produce church growth. All the gospel meetings, now whittled down to three nights a week, can never produce the kind of growth which is possible when everyone goes and makes disciples. The book of Acts shows how they produced such phenomenal growth in such a short time without the Bible. Not all were able to perform miracles, and as miracles were to cease eventually (I Corinthians 13:8-13), the continuous proclamation of the gospel by each baptized believer should produce the expected result. We need to realize that we have much more communication and transport facilities than they (the apostles and first century Christians) ever had. 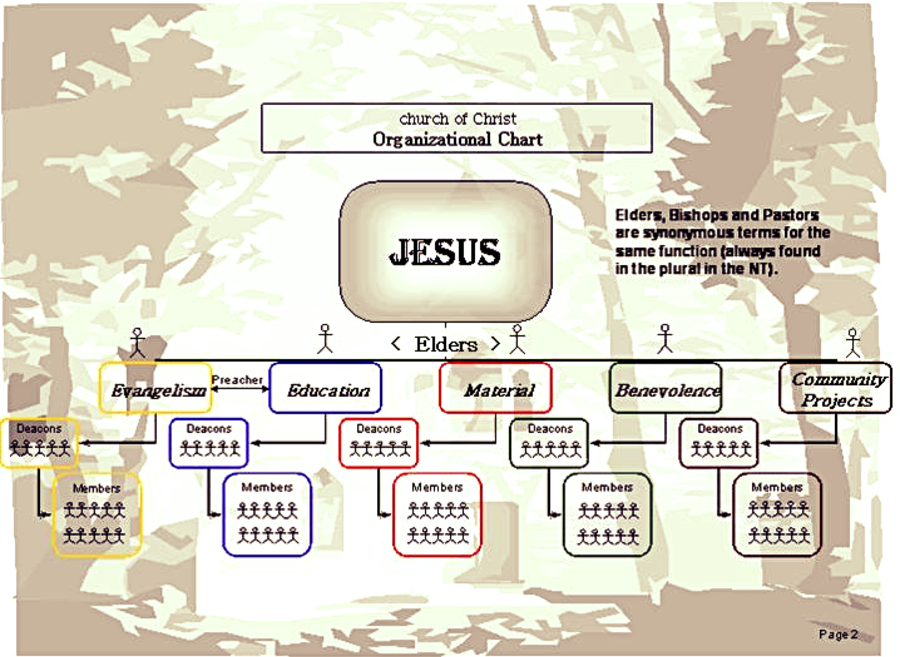 Some of the modern day elders have come to believe that the eldership is simply a group of older men who only need to wait for something to turn up and then make a decision on it . . . or wait for something to happen then go behind closed doors and make a secret decision without proper communication to the people involved. Others have the idea that being a good businessman will make a good elder; the complication is:  businessmen can become corrupt in their dealings with the public and the love of money is a big problem among most businessmen. The qualifications therefore, as found in the New Testament, are as follows:
1)       He must earnestly (ορεγεταται Gk.) desire the work;
2)       be irreproachable, ie., one who has no bad reputation in society financial or one to whom no one could accuse of disgraceful behavior;
3)       be the husband of one wife (not two as was the custom of some in NT times. See "Divorce in the Roman era");
4)       be sober, vigilant or circumspect, meaning careful and cautious in dealing with matters (νεφαλεον Gk.);
5)       be of sound mind, discreet, calm and humble under all circumstances;
6)       be adapted to the present state of things (κοσμιοσ Gk.);
7)       be kind to strangers (φιλοξενια Gk.), apt to teach, qualified to instruct in the doctrine, one who is well versed in the scriptures;
8)       not given to wine:   a drunkard, insolent, quarrelsome and overbearing (παροινον Gk.);9)       not a striker: not quick to fight, not short tempered, aggressive or insulting.  The Greek language indicates all the above functions are masculine roles.

The Qualifications and Function of the deacons =עבד  (1 Tim. 3:8-13) διακονοσ
Deacons: from the Greek word   διακονοσ, primarily denotes someone who is a servant. Someone who is an attendant, whether doing servile work or rendering free service. In the New Testament, the word has the connotation as of a domestic servant. The qualifications are similar to the elders. They have to be serious-minded dedicated men, honest in their dealings with others, not supposed to be greedy for financial gain or otherwise, not quick-tempered to fight, be faithful to Christ; and he has to prove himself pure in heart, able to learn and understand, with only one wife (no slur against them in society) and obedient children. Deacons must be the head of their families and must be selected by the church. The wives of deacons also must be serious (not gossips), faithful to Christ, not indulgent in alcoholic beverages, obedient, discreet, chaste, keepers of the home and teachers of younger women.

Jesus is spoken of as the good shepherd

Some people are not very clear on the teacher function in the church;  however, in order to clarify the position of teachers in scripture, there are twenty scriptures which can verify the presence of teachers from the Old to the New Testament. Among the scriptures are the following: Psalm 119:99, John 3:2, Acts 13:1, Ephesians 4:11, Hebrews 5:12. The latter scripture reprimands the Christians because for the period of time they were Christians, the writer pointed out that they should already have been teachers. Note very carefully, that the writer of Hebrews was talking to the local Christians in the congregation. Teachers have a function in the church which includes elders discussed in " the qualifications of elders" and also of deacons, 1 Tim.3:9. There were also Preachers [1 Tim.4:6,11; 6:2] and women [Titus 2:4]. It is to be noted that teachers shared with the elders and the deacons in the work of edifying the church [1 Corinthians 12:28, cf. Acts 13:1].

"He will feed his flock like a shepherd, he will gather the lambs in his arm, and carry them in his bosom, and will gently lead those that have their young" (Isaiah 40:11) is a picture drawn from pastoral life of Yahweh's care over His children. A strong sympathy for helpless animals, though sometimes misdirected, is a marked characteristic of the people of Bible lands. The birth of offspring in a flock often occurs far off on the mountain side. The shepherd solicitously guards the mother during her helpless moments and picks up the lamb and carries it to the fold. For the first few days, until it is able to walk, he may carry it in his arms or in the loose folds of his coat above his girdle.